Digitally signing PDFs for documents is becoming increasingly commonplace for official documents. This post will look at three Mac apps for digitally signing PDFs with signature images. It is important to note that these signatures do not cryptographically ensure the integrity of the document; rather, they are used to replicate a “wet ink” signature. If you want true verification of a document’s integrity, you need to use either Adobe Acrobat’s certificate-based signature system or a separate tool like PGP to produce a sidecar signature.

Using the iText RUPS PDF debugging tool, the structure of this simple PDF can be examined. It contains a single Page with one Contents stream that has an encoded length of 154 bytes: 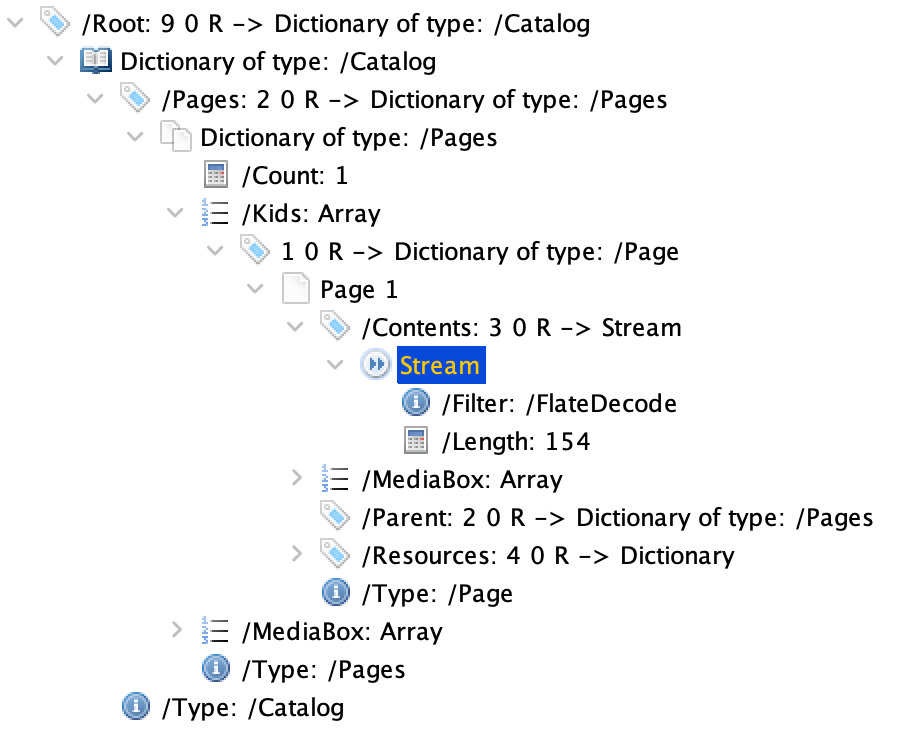 We’ll now look at what happens when signing this document in various programs. 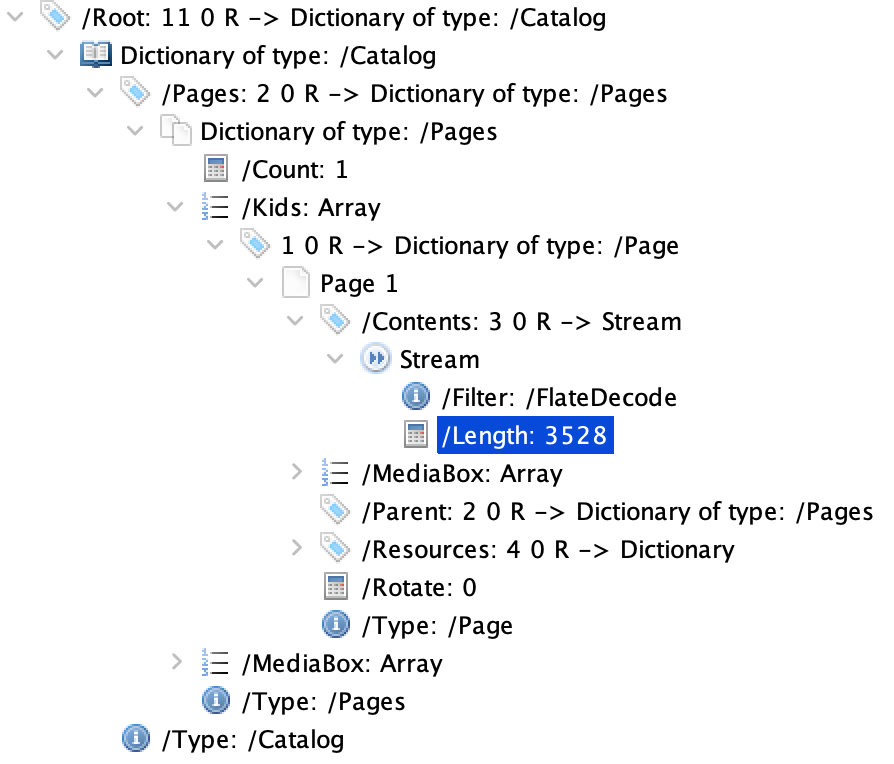 Acrobat is the most fully featured PDF viewer/editor on the Mac, but it’s both pricey and a somewhat complex tool. The signature image flow in Acrobat is geared towards making a fillable form that someone else signs. When self-signing a PDF in Acrobat, it creates an AcroForm structure with a FillSign element. The FillSign references an XObject that embeds an image element with the signature image. This is a significantly more complex structure, but that’s because Acrobat is geared towards PDF authors rather than signers. When signing in Acrobat, the resulting signature is not mutable because the form is considered “filled.” 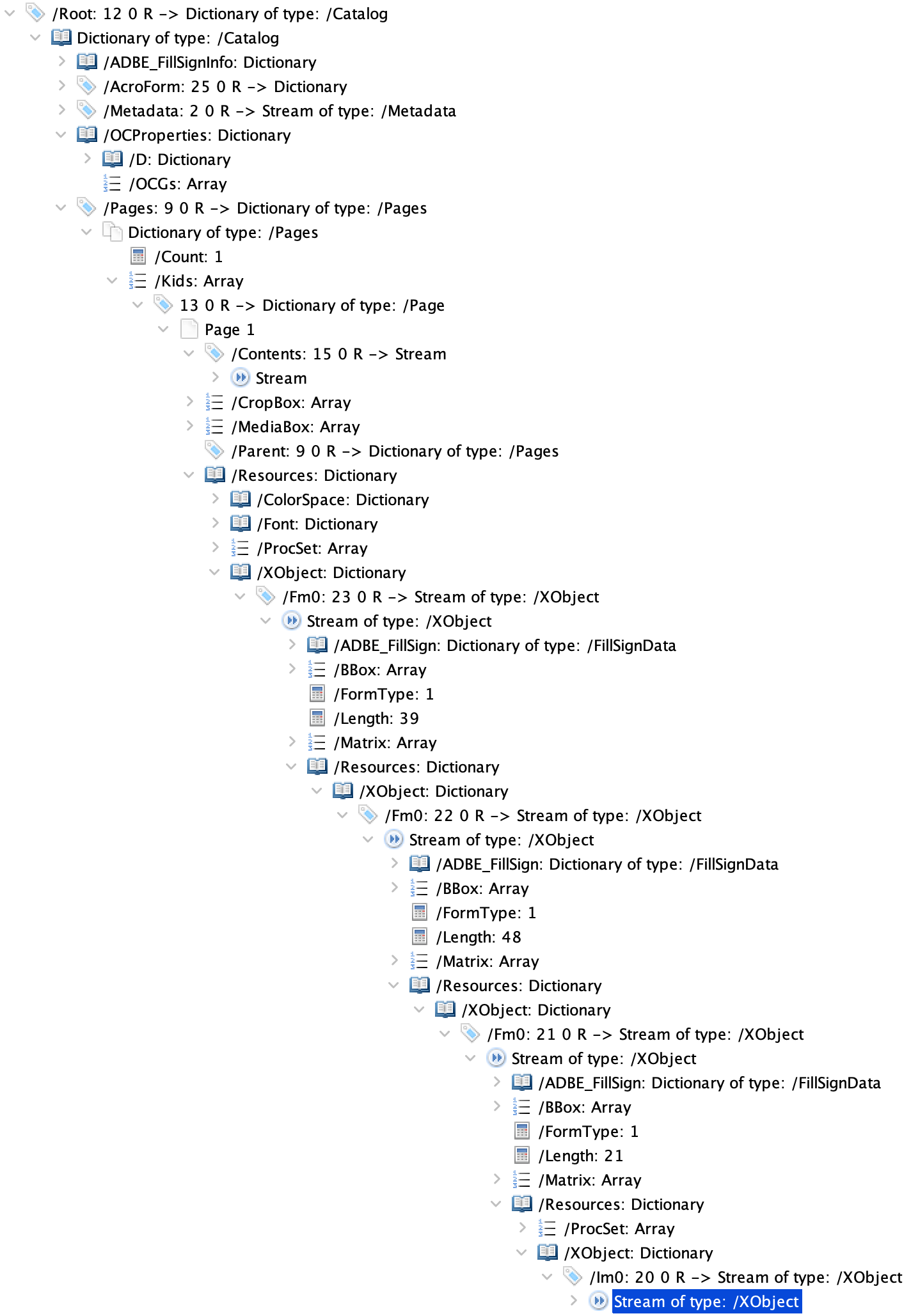 PDF Expert is a popular macOS and iOS PDF manipulation tool, fitting in between the capabilities of Preview and Acrobat. PDF Expert adds signatures as an annotation to the document. Annotations are mutable PDF objects, like text highlights, notes, and lines/arrows. Most basic PDF viewers can move and delete annotation objects. You can see that the base Page’s stream size has remained the same at 154 bytes, and a separate Annots dictionary has been created. 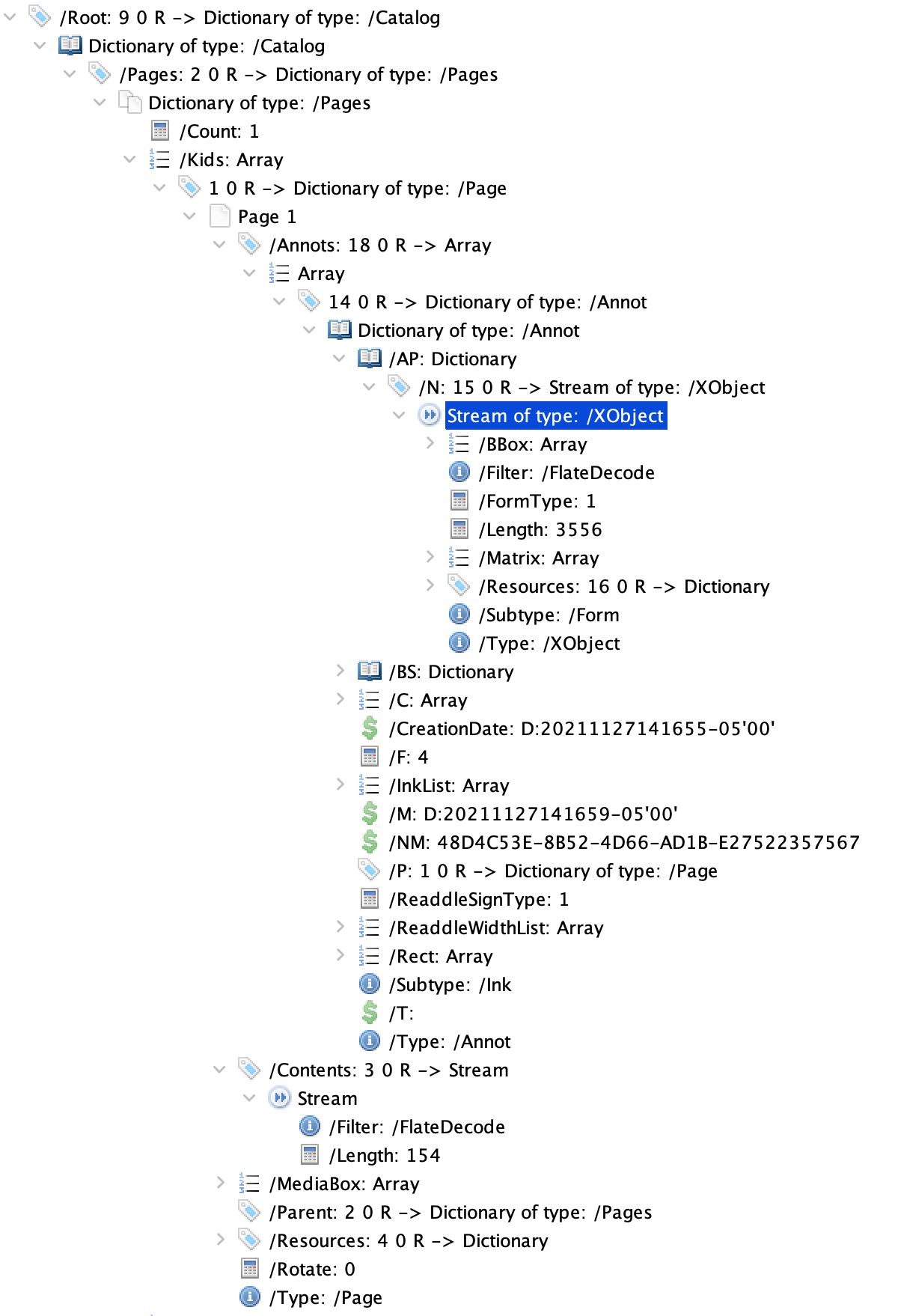 One caveat though is that flattening affects all objects in the PDF, not just the signature, which may not be a desired outcome.

For signing PDFs, my recommendation would be to use a cryptographic signature, but unfortunately most document recipients want to see squiggly lines rather than a certificate-based hash. I think Preview’s default signature image output is the best, and it is available to all Mac users. PDF Expert’s flattened output is good as well, but it does require the extra step to convert it to a flattened PDF. None of the signature image schemes prevent extraction, but each app has a way to produce a PDF that prevents signature image mutation by casual actors.